More and more ships queuing up outside China's largest ports

China is currently experiencing the biggest Corona outbreak since the pandemic began more than two years ago. Since the most populous country is pursuing a zero-covid strategy, there are extensive curfews in Shanghai and other large cities. This is causing bottlenecks in overland traffic in addition to more and more freight capacity being tied up by waiting ships at important Chinese ports. This is shown by the evaluation of current ship position data by the Kiel Institute for the World Economy (IfW). According to this, the ships are lying at anchor mainly in the Shanghai and Zhejiang region and thus above all in front of the megaports of Shanghai and Ningbo-Zhoushan, which occupy first and third place in the ranking of the world's largest container ports in terms of handling volume. The region of Guangdong and Hong Kong, where Hong Kong, Shenzhen and Guangzhou are three of the world's ten largest container ports in terms of handling volume, is also seeing increasing numbers of ships jammed.

The current evaluation also shows an increase in ship congestion off the North Sea ports of the Netherlands, Belgium, Germany and Great Britain. In contrast, the situation has eased considerably off the southern Californian ports of Los Angeles and Long Beach as well as San Diego.

According to IfW calculations, around 11.6 per cent of the volume of goods shipped worldwide is currently on waiting container ships. In March it was 12.1 per cent. In February, the figure had fallen to 10.3 per cent. The impact on global supply chains is therefore still considerable. 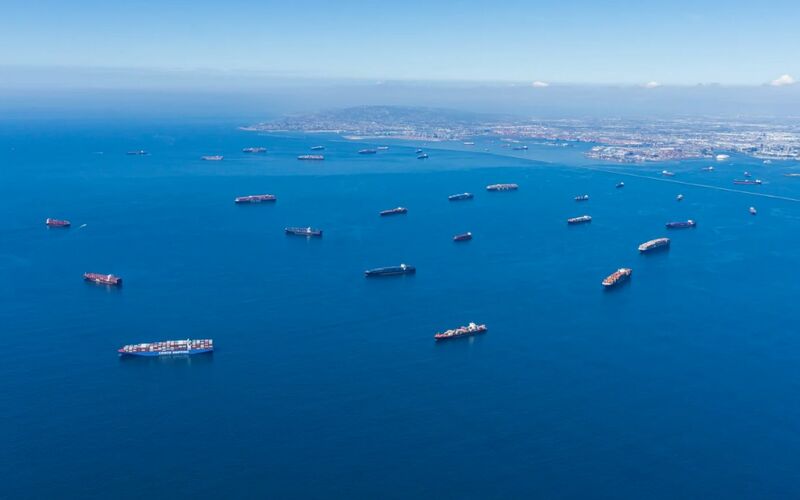